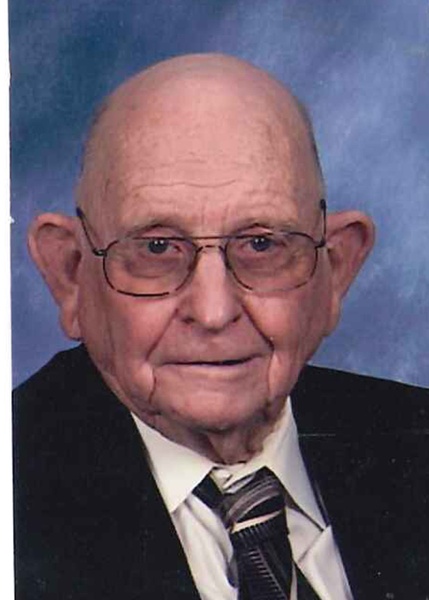 Basil D. Brock was born May 7, 1926 and went home to be with his Lord and Savior December 10, 2020, at the age of 94 years and 7 months. He was the son of Robert and Laura (Harmon) Brock. Basil graduated from Buffalo High School in May of 1944. In the same year, he enlisted in the US Navy serving during World War II. Basil was the fifth oldest of ten children. His parents, siblings and their spouses, all preceded him in death.

After being honorably discharged from the Navy, he and Darlene moved to Wichita, Kansas going to work for the United States Postal Service. He worked for them over 30 years, retiring with many commendations.

Basil and Darlene had two children. Don (deceased) and Vickie (David) Shaffer. Don had one daughter, Candace, who is also deceased. Vickie has two daughters: Stephanie of Findlay, Ohio, and Teresa, of Rolesville, North Carolina. Basil has two great granddaughters: Ava and Ella, both of Findlay Ohio. He is also survived by Ivalee’s children: Steve (Barbara) Wheaton and Gayle (Mike) Zielke, four step-grandchildren, as well as their children.

To send flowers to the family in memory of Basil Brock, please visit our flower store.