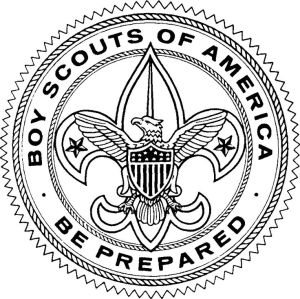 Truman Don Anderson, son of Herschel and Iona Anderson; born July 16, 1929.  He grew upon the family farm northwest of Buffalo.  He attended several country schools and graduated from Rosston High School.  Truman entered the U.S. Air Force in 1951, where he was in the medical corps while stationed at Kirkland Air Force in Albuquerque, New Mexico.  It was there where he picked up the nickname “Andy”, which stuck for the remainder of his life. Truman married Lois Claudette Roush on May 8, 1952; her graduation date from High School.  They were blessed with four children Terry, Larry, Danny and Tammy. After leaving the Air Force in 1955, he returned Buffalo where he bought a salvage yard on the south end of town.  It was here that he began his career as a welder.  Over the next 50 plus years Andy’s Iron and Supply built windmill towers, stock racks, hay forks, feed bunks, stock panels, flatbeds, and anything else that a customer needed.  Before retiring he took up metal art; free handing a scene on a disc and using his torch to bring the scene to life; no patterns, no stencils.  He also used scrap metal, old car parts and the like; to create “junk” animals; turkeys, flamingos, rocking chickens, turtles…….and the list goes on. Andy began his Boy Scout legacy in 1966, serving in the Boy Scouts for 50 years.  During his scouting career he served as an Assistant Scout Master, Scoutmaster and Unit Commissioner.  Truman hiked the mountains of the Philmont Scout Ranch in New Mexico, attended 2 National Scout Jamborees; in Farragut, ID; where the boys were witness to the first moon landing, and Fort A.P. Hill, Virginia; where he and the boys got to meet the First Lady Nancy Reagan.  Andy received scouting’s Silver Beaver Award, which is the highest distinguished service award given to those who make an impact on the lives of through Scouting.  Even after his three sons earned their Eagle badges Andy continued to lead the youth of Buffalo through the Scouting experience; with 15 to 20 scouts earning the Eagle rank during his scoutmaster tenure. The most memorable camping trip for Truman was to Cedar Canyon, Southwest of Buffalo, in February 1971. The spring snow turned into the record-breaking blizzard with 36 inches of snow. Truman was rescued with the help of Troy Love’s dad, Bob Ketron, Pat Graff and Don Cotter with his flatbed pickup took some home, about 10 boy scouts had to spend the 3 days in the home of Bob and Dorothy Gates  and family because they could not all ride on Don’s pickup. Dad and mom loved to travel, taking numerous trips all over the United States and several overseas. Andy’s biggest asset was his smile and willingness to assist others. To ensure his place with the Lord he and his granddaughter Megan were baptized together at the First Christian Church. Andy was proceeded, by his parents Herschel and Iona Anderson, his wife Lois Anderson and son Larry Anderson. He is survived by Terry and Marie Anderson of Buffalo, Oklahoma; Danny and Marlaina Anderson of Lantana, Texas; and Tammy Coronado of Perryton, Texas and 11 Grandchildren, 17 Great Grandchildren, and 6 Great-Great Grandchildren.  Truman was a true outdoorsman, his pride in his yard, flower, rock pond, and scrap art.  Truman will be truly missed by his family and friends.

To send flowers to the family in memory of "ANDY" Truman Anderson, please visit our flower store.