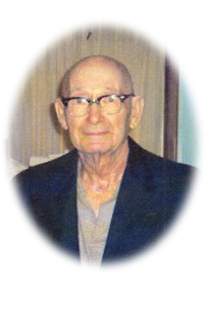 Alan Dean Owens was born during a snow storm on April 7, 1926, 4 miles south of Knowles, Oklahoma to Adam and Emily (Carrier) Owens, better known as Dean to family and friends, Dean had two brother’s Elmer and Joe and one sister Lois. Dean graduated from grade school in a Wool suit that cost $10.95 from J C Penny in 1939 and wore the same suit at his senior graduation from Gate High School. Dean began farming for a few years before buying into a city service oil company. Dean married Mary Mae Furgason in 1951 and to this union two daughters were born Deanna and Marilyn.  In 1964 Dean started working at the Oklahoma Highway Department and retired in 1988. Dean had been a resident of Buffalo, Oklahoma since 1950.  Dean enjoyed traveling all over the United States, Alaska, Canada and parts of Mexico in a motorhome with his companion Ula Patton of 26 years. Dean and Ula also traveled to the Bahamas and twice to Korea.  Dean loved spending the Oklahoma cold winter months in Arizona, at the Quartzsite in the motorhome. Dean loved helping people if it was fixing clocks or if they were broken down on the highway, he would stop to help them, not taking anything for his time.  While traveling Dean loved to go hunting, fishing, collected clocks, fishing lures, and make pocket knives in his spare time, which he had picked up at flew markets. Dean’s back yard around the house was a summer garden growing watermelon, cantaloupe, tomatoes, squash, and other vegetables, along with a variety of fruit trees.  Dean enjoyed reading and visiting with people. With a big bag strapped over his shoulder Dean would clean the highway of trash, picking up bottles and cans.  Dean was preceded in death by his parents in 1954 and 1982 a Brother Elmer in 1986 and his daughter Marilyn Brooks January 27, 2016. Dean passed way at his home in Buffalo, Oklahoma February 16, 2016.  Dean is survived by his daughter Deanna Owens of Lindsay, Oklahoma; a sister Lois Buechner of Beaver Oklahoma, son in law David Brooks, 6 grandchildren, companion Ula Patton, and many friends. Dean will be dearly missed by family and friends.

To send flowers to the family in memory of Alan Owens, please visit our flower store.